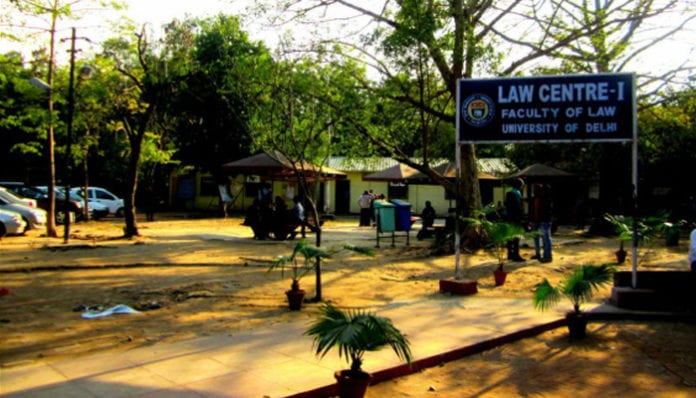 Delhi University Got Jammers For LLB Entrance To Stop Cheating

Cheating has been so rife in the entrance test for the LLB course at Delhi University that authorities were forced to install phone jammers at exam hall this year. After eight FIRs were filed by the university last year alleging mass cheating, the authorities decided this year also to give students at the end of the exam ‘response sheets’ that replicated the answers they had entered in the online tests so they couldn’t claim wrong answers due to technical glitches. In addition, special observers were present in the 89 centres across India where the tests were held over 70 sessions.

According to university officials, jammers were sourced from a Government of India-approved company. “We did not publicise this in advance because it would have hampered our efforts. But all the measures were planned and tested before the exams were conducted,” said a university official.

The investigation into the cheating cases last year found that the applicants had employed a WhatsApp feature to connect with people outside the exam centre for help with the correct answers. A student at DU’s Law Faculty confided in TOI that such unscrupulous elements “asked students for Rs 50,000-1 lakh and were assured that they would get all the assistance they needed to clear the tests. “The jammer effectively averted the use of such ruses.

“It was a challenge for us, but we used technology to our advantage and brought transparency into the system,” said Vinay Gupta, dean of examinations, Delhi University. Alongside installing jammers, the university also deployed permanent lecturers as observers at the test centres. “The observers were from the faculty of universities across India where the exams were held,” said Gupta.

To improve the accuracy and transparency of the system, “applicants were given the option of obtaining a response sheet should they be suspicious of any malfunction of the online portal during the entrance test,” revealed Satish, OSD, examinations.

With these strict measures in place, the pass rate naturally went down with those getting admission through unfair means being filtered out.

Meanwhile, for the School of Open Learning entrance exams, DU changed the venue of exams from the usual government and private schools to university colleges “so that we would have had our own permanent teachers overseeing the proceedings”, an exam department official said.

Department officials added that from 2019 they would add another layer of security tp further filter out the cheats, but did not disclose details.