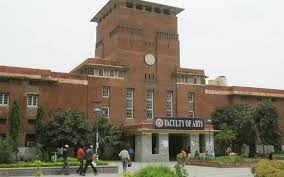 Under the new education policy, it is proposed to set up a Higher Education Commission in the country. University of Delhi administration has sought the feedback of teachers regarding this commission. Feedback was asked to be given by March 30. But Delhi University Teacher Association (DUTA) has refused to give this feedback at the moment.

According to Duta, this commission is being set up instead of UGC. Only two-three days has been given for feedback on such an important change, which is not enough.

DUTA President Rajib Ray said, ‘A letter has been issued on 23 March from the Delhi University Administration. In this, feedback has been sought from the Dean, Director, Principal, etc. on the formation of the Higher Education Commission of India. It is not possible to give this kind of feedback within just 4-5 working days. That too when most of the teachers are busy conducting examinations and in the new semester.

University administration has formed a committee to implement the new National Education Policy 2020 in Delhi University. However, opposition to this committee has also started with the formation.

In this regard, the members of Duta have written a protest letter to the VC in charge. Abha Dev, Professor of Physics at Miranda House College, said, ‘We have always opposed the creation of a committee or working group in such an arbitrary way.

After all, why are statutory institutions like AC and EC being sidelined? By creating an arbitrary committee, the administration can easily fulfill its intentions, but the University will have to bear the brunt of the long term bypassing the legislative committees.

DUTA Secretary Professor Rajinder Singh said, ‘The teachers of Delhi University cannot give their feedback in a hurry. We have asked the teachers to provide us their feedback by 20 April. At the same time, we have demanded more time for feedback from the university administration.