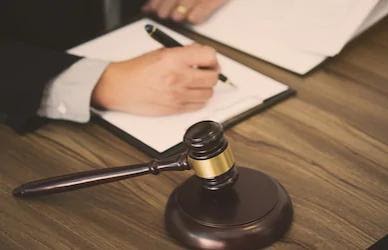 The pressure made by colleges and universities to students to pay fees during the lockdown phase, which becomes a financial burden on them, and ultimately affect their mental health.

In the Delhi High Court, an application has been filed, imploring the direction for Central Government and University Grants Commission (UGC) to issue an order that students should be allowed concession in the tuition fees for next semester by the colleges and universities.

Justice for Rights Foundation put forward the plea asking the Court to prohibit the institutions from taking a lump sum amount or payment of outstanding fees.

The petitioners also demanded an option by which students’ names should not be omitted by the universities, in case, they are not in a condition to pay the fees.

Adding further, the applicant said that parents may not be able to submit the fees of the universities due to monetary limitations caused due to shutting down of businesses during the pandemic lockdown. They argued that payment of fees for the next semester may negatively affect their financial position and may pressurize the students to choose between essential goods needed to survive the lockdown and carry out the right of uninterrupted education.

The application said, “Further, right to education can only have a significant meaning if it is read as a right to continuous and continual education, the truth also remains that many students and parents are supporting their educational efforts with the help of educational or friendly loans, which further add to the difficulty, ”.

The responsible bodies like government and UGC have yet not passed any statement directing universities not to force students and parents for fees. They even did not order to allow fee concessions.

However, some state governments and All India Council for Technical Education has ordered its affiliated colleges for fees concession.

They also contended that this “nonchalant” and “non- serious” attitude of the government is resulting in the wrecked mental health of the students.

Three weeks ago,  A bench of Chief Justice D N Patel and Justice C Hari Shankar, proceeded the hearing via video conferencing, rejected to entertain a petition seeking a recommendation to the private schools not to charge tuition expenses from the students keeping in view the present situation arising out of COVID-19, at least during the lockdown period.

The court added: It is a course of common understanding that, in doing so, the effort required to be put in, by the teacher, and the strain to which the teacher subjects herself, or himself, is huge, and the efforts of teachers referred to, often, as the imperial among all noble professions expect to be committed in the biggest terms.

“A joint, cohesive and concerted endeavor, alone, can result in accomplishment in this battle. This would involve, in its path, certain sacrifices, which, within the boundaries of the law, each one of us has to prepare. We cannot afford, in such a circumstance, to flinch at inconveniences”, the court further added.