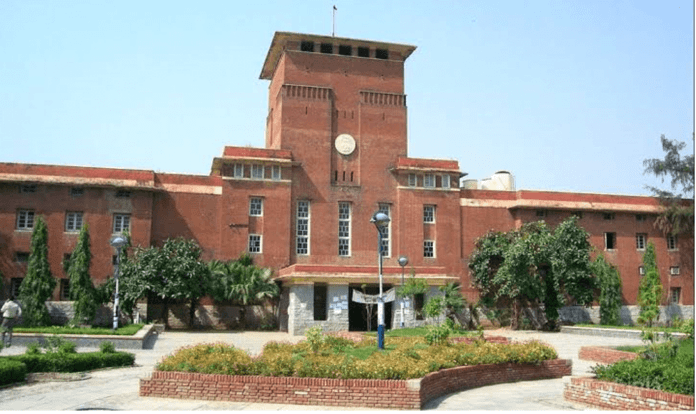 New Delhi: Female students of Delhi University from north-eastern India filed a complaint alleging forceful vacation of the hostel during the ongoing lockdown, following which the Delhi Commission for Women issued a notice to the University.

The complaint filed by the female students had them alleging the college administration of pressurizing them to vacate the hostel. A notice was sent to the Registrar of Delhi University by the DCW.

Taking the complaints of the students into consideration, a Union Minister assured them assistance. Once again on Monday, a fresh complaint was filed by the students to the Commission seeking intervention in the matter.

Their complaint also stated the racist remarks these female students have had to face against them during the lockdown.

In the notice issued by the DCW to the University, the Commission has also asked them to provide an action taken report and to provide all the facilities to the students during the lockdown.

Delhi Commission for Women chief Swati Maliwal said, “ Northeast students studying in DU have filed a complaint that they are being pressurized to vacate the hostel and along with this the students have also complained of racist comments being made against them which is a very serious issue. Therefore, a notice has been issued by us to the University and asked them to take action in the matter. Any discrimination is intolerable to us.”

The students also complained about the food being served to them in the mess.

The notice sent to the University stated that there are 13 girls staying in the North-eastern Students House for women in Delhi University.

Maliwal stated in the notice, “It is alleged that the common facilities of the hostel, including the essential internet room, have been kept under lock and key by the Provost and she has threatened to close down the mess as well.”

The report has been demanded by the Commission by May 15.

The Chief Minister of Nagaland Neiphiu Rio had also appealed earlier to the people all over the country to abstain from racial profiling and to be sensitive towards all communities in the light of coronavirus pandemic. The appeal was a reaction to several reports of discrimination against Naga students and workers all over the country with them being tagged as “Chinese and virus carriers”.