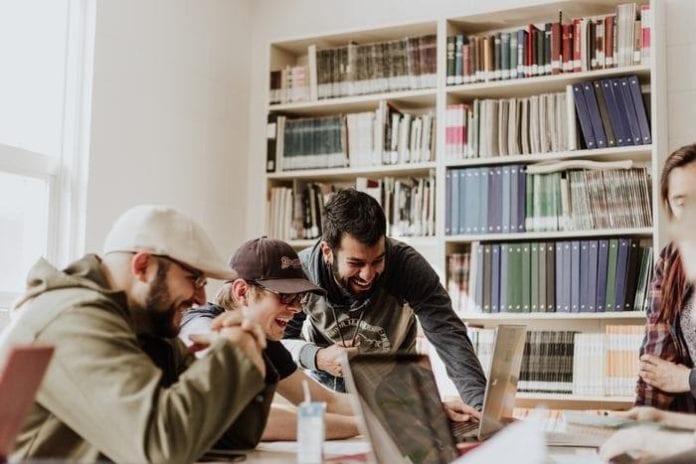 Every year in the months of June and July, students rush to visa centers and consultants to start the legal formalities to study in foreign countries. However, this year, the situation has been quite different.

“There’s a lot of stress and skepticism and tension at this time but not enough clarity,” says Meehika Barua, 23, who wants to pursue journalism in the UK.

The students and others are totally unaware when the international flights’ prohibition stops or whether the candidates will be given visas in the stated duration.

Some universities in the UK and the USA had given an alternative to international students postpone their respective courses till next semester or year, while it is compulsory to take online classes unless the situation stabilizes.

Cambridge University has recently announced that online lectures will sustain until next year. Other universities like Greenwich university will have online as well as offline mode of classes while it’s international students can defer the courses till the upcoming semester.

It seems a little unjust, particularly after spending a year-and-half to get admission to one of these schools, . Now, a part of the experience is compromised.

The idea of online classes is not satisfactory to most of the students.

The main reason students apply in these universities is that they get the advantage of studying in the outside campuses where they wish to work in the future.

Studying international is also made more costly by the fact that Indians and other outsider students will have to pay in dollars and pounds and not local currency. And then there’s the additional cost of applications or formalized tests.

With the online mode of classes, students need not pay for the visas, flight tickets, and living expenses.

But students hesitate to spend their good savings or borrow a big amount of money to study from one’s own house.

Even if, after months,  the situation boosts to some breadth, and students could visit abroad and enroll on campus, they say that brings its own difficulties.

There are many uncertainties regarding job prospects. The pandemic has shaken the global economy,  so the sponsors have backed out or provided fewer prospects to foreign candidates.

For transnational students, the roller coaster has been more severe because there is raised uncertainty about their capacity to get jobs in the US after graduation, says Taya Carothers, who is a member of Northwestern University’s international student office.

The students are scared that there is a high chance of keeping an expensive degree with no employment available.

And logistics will also pose a challenge – colleges have to carry out social distancing across campuses, including dormitories, and made space for students from many time zones in virtual classes.

“Regardless of how good your technology is, you’re still going to face problems like internet issues,” says Sadiq Basha, who is a study abroad consultancy.

The students are waiting to discern how things will unfold in the next few months, but they are almost confident he will enroll and start his first semester of the two-year program online.