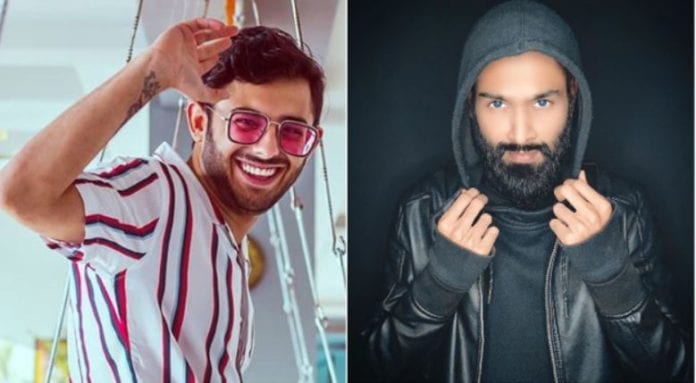 The word war that has been started between YouTuber CarryMinati and TikToker Amir Siddiqui has now graved its horses and this has been escalated to a fan fight.

The YouTube fans of Carryminati have been left at the peak of disappointment after CarryMinati’s viral video was deleted from youtube. The video named “ YouTube vs TikTok- The End”  now has been removed for violating terms of service. Carryminati had posted the video in a  response to TikTok star Amir Siddiqui. This video left the TikToker Amir Siddique in great trolls throughout the social media platforms

Who are Carryminati and Amir Siddique?

CarryMinati officially known as Ajey Nagar is a resident of Faridabad, Haryana. He is known for outstanding roasting and Hindi-language commentary. Apart from that, he is also known for his comedy sketches, satirical parodies, and live gaming. He rose to fame with his diss track “Bye Pewdiepie”. With more than 16.7 million subscribers, CarryMinati is an achiever of the YouTube diamond play button

Amir Siddiqui is a popular creator tagged TikToker with 3.7 million followers.  A resident of Mumbai, the TikTok comedian’s videos cherishes millions of views.

CarryMinati’s real name is Ajey Nagar. A Faridabad resident, he is known for his distinctive and energetic Hindi-language commentary. Apart from roasting, CarryMinati is also known for his comedy sketches, satirical parodies, and live gaming. He rose to fame with his diss track “Bye Pewdiepie”. With more than 16.7 million subscribers, CarryMinati is a proud owner of the YouTube diamond play button.

The word war took place between the popular content creators started when TikTok user Amir Siddiqui posting a video devaluing out YouTubers. In this video, Amir compared both the mediums and highlighted the unity of the TikTok community. He also accused the YouTubers of plagiarising TikTok content and without giving them get. He even tried to instigate the youtube roasters to respond to him

When did the TikToker upload the video?

This video was uploaded at the starting of this month. However, he soon deleted it because it responded to it into the negative by the netizens.

What CarryMinati discussed in his video?

CarryMinati, who is popularly known for roasting the famous shows and celebrities, took Amir Siddiqui’s video quite personally. In his response, he replied to Siddiqui’s video line-by-line. From his grammatical errors, and thus Carryminati counted his various mistakes in the video.

When did CarryMinati upload the video?

What was Amir Siddiqui’s response?

Amir Siddiqui posted a video again after he faced criticism on the social media platforms, giving his side of the story. He told that he is not against YouTube as a platform but a few users. Siddiqui told that he was against cyberbullying and only wanted to call out creators who roast people, leading to further harassment. He shared that he hoped CarryMinati would take a stand and influence young people against bullying. Taking his roast in stride, Siddiqui shared that he has taken the criticism sportingly.

When was this video uploaded?

Siddiqui uploaded his video response on May 14.

Why was CarryMinati’s video deleted from TikTok?

This was the first time in history when CarryMinati spoke against a single personality, a fact that he even confessed in this particular video. It was supposedly removed after being reported for harassment and cyberbullying by Amir’s fans

How are fans reacting?

A hashtag in support of CarryMinati- #justiceforcarry has now been trending on Twitter from today morning. Fans are showing their displeasure over the removal of his video. However, a section of people has called out the popular YouTuber for his harsh comments and supported YouTube’s decision.

Bollywood Celebrities like Himansh Kohli and Ashish Chanchlani posted in favor of CarryMinati.

I know people, this is very disappointing and a shocker.#justiceforcarry

It was just a fun roast, @CarryMinati. Everything else aside, I’m rooting for you. Keep the good content coming in buddy 👍⚡🔥 #carryminati #carryminatiroast