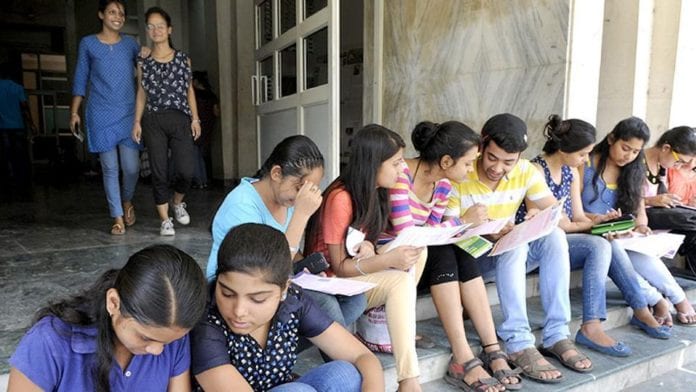 The applicants looking for admission under the Kashmiri Migrant (KM) quota were in for a shock after some Delhi University colleges turned them away on Friday for no fault of theirs.

Despite starting KM admissions under the fourth cutoff list, these colleges were asked to cancel them and issue correct cutoffs. However, the candidates who had already cancelled their admission under any of the previous cutoffs were granted reprieve and the cancelled application in the previous college was revived.

At least seven colleges had to issue corrigenda. BR Ambedkar College had slashed its KM quota cutoff for BA programme to  59%, but corrected it to 71% in the corrigendum. At Aryabhatta, the cutoff for economics was changed from 74% to 85%.

In some cases, the courses were even closed in the corrigendum. For example, Hansraj College reported 86.75% as the KM cutoff for B.Com (H) on Thursday night but declared it closed on Friday afternoon.

Muskan Raina, a Kashmiri migrant candidate who had withdrawn her application from one North Campus college to shift to another, got to know about the error after completing the withdrawal process. “The principal (in the second college) told me that they had calculated the cutoff for KM quota candidates incorrectly, and I did not qualify as per the corrected list”, Raina said. She was sent to the Dean of Students Welfare (DSW) and the grievance committee, and has been assured of a reprieve.

A university official said these colleges were unaware of the rule but they could close admission even if no student qualified under KM quota, which is supernumerary seats.