Bulbbul is a movie that shatters your initial expectations and forces you to have new expectations and then, fulfills those expectations. I saw the teaser of this movie on Netflix and quickly swiped through it. I have a chicken’s heart when it comes to watching horror movies. But still, I gathered all the courage that was in me and started watching Bulbbul.

I had prepared myself mentally that whenever scary scenes or ghosts appear, I will just shut my eyes and ears. But while watching the movie, I was a bit disappointed that I never had to take my eyes off the screen. The one-and-a-half-hour-long movie turned out to be a visual and intellectual treat for me.

Bulbbul is a movie that belongs to the supernatural/horror genre but is enshrouded with feminism. The movie opens in the Bengal Presidency of the British Empire in 1881. Bulbbul is shown to be a small girl around 5-6 years old. Cheerful and tree climbing Bulbbul is soon married off to Indranil (Rahul Bose) who is so much elder to her.

Indranil lives in a huge haveli with his twin brother Mahendra, his wife Binodini, and younger brother Satya.

Bulbbul develops a deep friendship with her brother-in-law Satya who is almost her age. She is always playing with him or hearing horror stories from him. Twenty years pass like this. Now, Bulbbul (Tripti Dimri) has grown up to be a beautiful woman. Her husband is loving towards her, but at times, as an audience, you will feel that he has commodified Bulbbul.

11 MOVIES OF IRRFAN KHAN YOU MUST-WATCH

The friendship between Satya and Bulbbul deepens. This is brought in front of Indranil by Binodini who has personal gains from this. This enrages Indranil as Bulbbul has supposedly hurt his masculinity by becoming close friends with his younger brother, Satya. He uses his patriarchy pawn by asking Bulbbul- Ek aurat ke liye uske pati se neeji kya ho Sakta hai? He dares to ask her this when he has questionable relations with Binodini.

From here, the story takes a wild turn. There are scenes which will make you want to puke. Whatever is happening on the screen will make you feel infuriated and you will have this deep agonizing pain to help Bulbbul in whatever way you can. But you know that you will not be able to help her as this is patriarchy.

Bulbbul puts forward a powerful mythological story which is based on the trope of ultey pair waali chudail, but the storyline is so convincing that you will easily believe its existence. Anvita Dutt has done a commendable job with the storyline. The story is paced in such a manner that you will never feel the absence of action, but you will always have enough time to dwell on each scene. This balance struck by Dutta is very impressive.

The story of Bulbbul will make you feel as powerful as a woman. I guess all of us are familiar with the saying “Hell hath no fury like a woman scorned”. Bulbbul reinstates this saying. It shows you the power of what a woman can do and achieve for herself.

Bulbbul has references to Kali Maa and her tremendous powers to win over evil in all situations. This mythological touch proves to be extremely important to the entire storyline.

The music by Amit Trivedi blends in so effortlessly with the screenplay that you will never realize that the music has been added artificially. The music feels so intrinsic to whatever is happening on the screen.

At the beginning of the movie, the enigmatic smile of Bulbbul will make you question many times, what is going on behind that pretty face of hers? But when you get to know the answer, it will be something which you would have never expected.

GULABO-SITABO: SLOW-PACED YET TREAT TO WATCH

Tripti Dimri has established her finesse at acting with Bulbbul. She seems so natural in the role of Bulbbul. Her curious eyes, the innocence on her face, and the look of playfulness have been exploited so beautifully that one falls in love with her.

Other actors like Rahul Bose, Avinash Tiwari, Parambrata Chattopadhyay, and Paoli Dam have been superb in the execution of their respective roles. Bulbbul comes as the perfect blend of acting for the audiences.

The art director has also done a great job in making the haveli seem so majestic, but it slowly starts to give away the dark and dingy secrets.

The main color of the movie is red. This red color is dominant in everything, right from the clothes, to the aalta on the feet of women, to the red moon, almost everything. But at times, the red color gets too much for the audience.

The crisp dhotis, aalta-laden feet of the women, toe rings, all-white attires and shaved heads of the widows, and the fabulous shawls- all these effectively portray the Bengali aristocracy of the nineteenth century.

The direction coupled with a great story has worked wonders for Anushka Sharma who has been trying her hand for some time in the paranormal genre. After Pari, this production by Anushka Sharma has blown away my mind and set a new bar for her further movies.

Bulbbul manages to show the extensive transformation of Bulbbul from an innocent girl to a mysterious woman with a tease. The story which is drenched in sadness speaks of the innumerable occasions where the voices of women have been throttled by the patriarchs of the society.

The movie is a must-watch for all people across gender barriers, across age groups, and across nationalities. After NH-13 and Pari, Anushka Sharma along with the exceptionally talented Anvita Dutta has been able to create a movie that has a universal appeal to it. 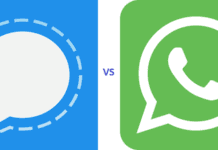 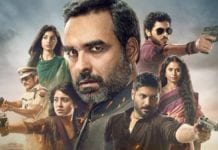 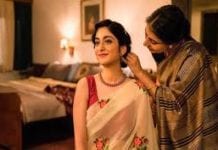