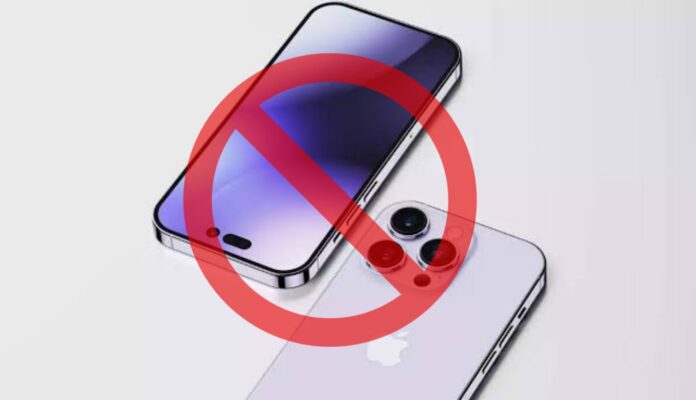 Brazil bans iPhone: Recently, Brazil has banned the sale of the iPhone which does not include battery chargers. On Tuesday, the Ministry of Justice and Public Security of Brazil stated that it has fined Apple on grounds of not providing power adapters.

Further, Senacon, the Brazil consumer agency said, “Apple’s policy of not including USB power adapters with iPhones is discrimination against consumers. It violates the consumer law because Apple is selling an incomplete product.”

As soon as Apple announce the launch of iPhone 14 and 14 Pro. Brazil fined and banned the sale of iPhones without battery chargers.

What did Apple say in its defence?

Apple said that we are aware of the fact that our consumers know options for charging our products. Earlier in September 2020, Lisa Jackson, Apple Vice President of environment, policy and social initiatives said, “Sometimes it’s not what we make, but what we don’t make that counts.” It was a time when Apple discontinued the sale of power adapters and headphones with the iPhone devices. Further, in 2020, this decision came during the launch of the iPhone 12.

The Top Antivirus Apps For iPhones This Year

Last year, São Paulo’s consumer protection agency fined Apple £2m and said the sale of incomplete products goes against the consumer protection law. And this year, Brazil bans iphone just after the launch of new iphone devices. During the initiation of the case in court, Senacon said Apple’s assertions for removing power adapters are not enough. As removing the battery charger from iPhone boxes doesn’t benefit the environment.

The Apple argument against the case was that it said removing USB power adapters from iPhone boxes will assist in reducing Apple’s carbon footprint through small packaging. That’s why Senecon argued that Apple’s statement about removing to maintain sustainability is not justified.