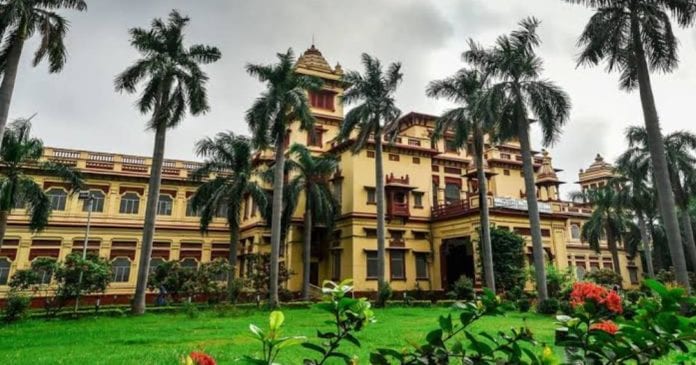 Students sitting on dharna in front of BHU Vice Chancellor’s residence have not got up from the dharna even after assurance on Sunday night. About twenty Antivasi are still stuck on the spot. Meanwhile, because of the dangers of COVID, the students also cleaned the protest site and got it sanitized. The students said that not the university administration but they have taken the initiative to get the students sanitized.

Meanwhile, students say that they have received a verbal order to vacate the hostel at 4 o’clock this evening, while BHU Deputy Chief Professor Prof. BC Capri says that only those students who came to the hostel to conduct no dues are being removed. There was also a meeting of OP Rai and other officials, in which the final decision is to be taken on opening the hostel on December 10. Students say that they will continue to protest in this manner till December 10 or until a decision is made in their favor.

Student Strike: Decision On Hostel Will Be Done By December 10

BHU students have intensified the agitation for the fourth day in front of the BHU Vice-Chancellor residence. Meanwhile, the students shouted slogans of University Administration Murdabad throughout the day. On Sunday night, students said that they had been given a verbal order to vacate the hostel. But the university administration says that the decision of the hostel committee will be conveyed to the status quo by December 10.

During this time, about a hundred students gathered and the situation did not deteriorate, even a team of police reached the spot. It’s Vice-Chancellor Prof. Rakesh Bhatnagar decided not to open the hostel at a meeting with the Dean and Chief Proctor of the head faculty of the hostel committee. Discussed the challenges faced in commissioning hostels and other facilities during COVID-19. Students said that the Birla hostel has been ordered to be vacated by Monday, while a large number of disabled students are staying in the hostel. On this, Deputy Chief Professor Prof. BC Capri explained to the students that the students who had come from the house to make no dues were asked to vacate the hostels.

At the same time, he told that if the students want, they can sit till December 10, that is, no pressure is being given to them. During this time, after the police force, the Chief Proctor Prof. OP Rai also reached the spot but the students were not ready to accept. At night, students of Birla, Moona Devi, and other hostels also gathered on the spot and started shouting slogans against BHU. However, after some time, the police force returned to the premises all night after talking about petrology.