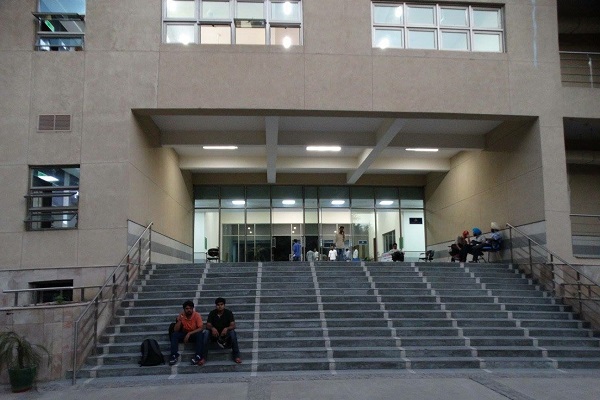 A 27-year-old second-year LLB student of Delhi University Tuesday moved the Supreme Court seeking to allow her to appear for her semester exam after she was barred because of low attendance.

The woman has said she does not have enough attendance because she was pregnant and had missed classes. She approached the apex court against the Delhi High Court’s interim order denying her permission to appear in the ongoing semester exam.

Through her counsel, she mentioned the matter for urgent hearing before a bench of Justice A M Khanwilkar and Justice Navin Sinha, which agreed to hear it on Wednesday. The woman’s advocates Ashish Virmani and Himanshu Dhuper told the apex court that the woman prima facie has a good case in her favour since she could not attend classes on account of her pregnancy, which is in the course of a normal human process.

On Monday, a Delhi High Court bench of Justice S Ravindra Bhat and Justice A K Chawla refused to give any interim relief and sought the response of the Delhi University on the woman’s plea challenging the single judge’s May 15 order, which had refused to grant her relaxation in attendance so that she could appear in the semester exam.

The division bench had adjourned the matter for July 30. The appeal raises fundamental questions relating to equality of women before the law and the fundamental right of a woman to procreate. She has sought directions to the university to permit her to appear in the fourth semester LLB examination.

In her plea before the high court’s division bench, the woman said that the single judge order is “illegal” and “denies her the right to give her examination” as a result of her pregnancy. “Direct Delhi University to promote the appellant (the woman) to the next semester,” her counsel argued. The single judge had ruled that relief cannot be granted due to the Rules of Legal Education framed by the Bar Council of India (BCI), as well as earlier decisions of the High Court.

When contacted, BCI chairman Manan Kumar Mishra had told The Indian Express that they are bound by their own rule. The woman, who enrolled for the course in August 2016, had sought directions to the varsity to permit her to appear in the fourth-semester exam. She could not meet the requisite 70% attendance criteria as she missed almost two months of the semester due to her pregnancy and the birth of her child in February.