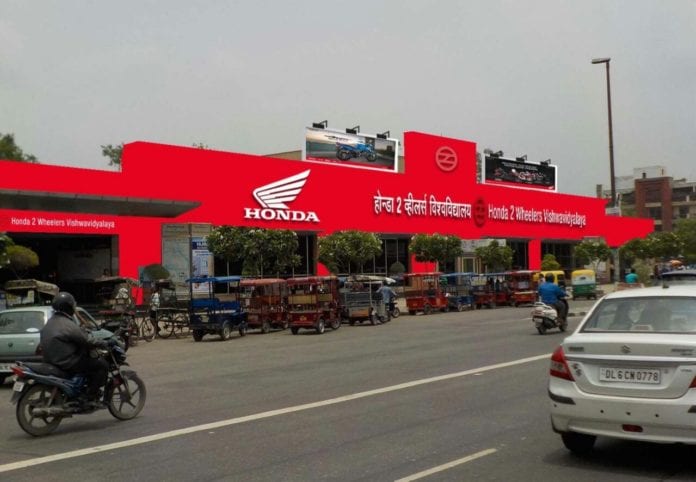 The plan to construct the tallest building in the city, a 39-story group housing society, near the Vishwavidyalaya Metro station has been cleared by the MCD. The Standing committee head of North MCD, Chhail Bihari said that the corporation has passed the layout plan and the building can be constructed on two hectares of land. The building is set to be 145.30 meters tall.

The Varsity has not appreciated this move of North MCD. The Delhi University had raised issues over privacy concerns and had held protests due to several hostels in the vicinity.

Bipin Tiwari, DU Deputy Dean (works) said that the layout has been cleared by the Standing Committee which is not the final authority. At the national Green Tribunal, the earlier layout of North MCD is under challenge. Till the earlier issues, the MCD cannot bring out a new layout. Before taking decisions on this matter, the North MCD is also required to consult DU.

However, Bihari said that the construction can start only once permission is given by NGT. The green panel had directed, last year, that the construction is stopped, and environmental impact assessment was called for. It was noted by the NGT that the environmental clearance (EC) was granted to the project in 2012. The EC has lapsed now and a fresh application has been submitted for its amendment.

The proposal was also objected to by the AAP leaders. APP leader and North MCD Standing Committee member Ajay Kumar said that there are many privacy concerns because of many hostels in the vicinity.

Vicky Gupta, another member of the Standing Committee, said that according to the master plan rules, for the buildings in the area, the floor area cannot be more than 75% but the project has a FAR of 200%. He said that the rules can be changed only through a notification by the Urban Development Ministry.

However, North MCD Mayor Jai Prakash said that the work was executed according to the rules.

3.05 hectares of land were acquired by the Delhi Metro Rail Corporation from the Defense Ministry in 2001. This is the project area. On one hectare, the metro station was built. The remaining land was given to a private firm that is now planning to build residential flats.

Currently, the tallest building in Delhi is the 102-meter-high, 28-story MCD Civic center.

GURMEHAR KAUR, DU STUDENT ACTIVIST IS IN SEARCH OF JOB AFTER PG FROM OXFORD UNIVERSITY

TOP 20 ARTS PROFESSIONAL COURSE TO DO AFTER 12TH

WHEN WILL CBSE RELEASE THE DATES OF BOARD EXAMS?