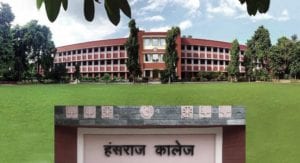 The most famous and preferable campus of Delhi University which is the north campus has a set of colleges in it. Every college provides some language or the other. Hansraj College, a part of the north campus provides certificates, diplomas, and advanced diploma courses in foreign languages. The languages provided by the college are German, French, Spanish, Persian, and Hindi languages like Assamese and Urdu.

For certificate courses in French, German, Spanish, Persian, Assamese, and Urdu, students must have passed their class 12th exams. The college provides diploma courses in French, German and Spanish. For the same, students must have passed the certificate course in their respective language by Delhi University or another recognized university. On the other hand, those who have completed the certificate course in the year 2020 from DU or any other university have to appear for an entrance examination. The varsity has not yet declared the date of the entrance examination for various diploma courses.

For advanced diploma courses, students must have passed their diploma course in their respective language from Delhi University or another recognized university. For the same, students have to appear for an entrance exam.

Hansraj college will release the schedule for the entrance exam soon. At the time of admission in foreign language from Hansraj College, students have to provide two passport size photographs and a mark sheet or a provisional certificate of their last examination passed.

CUT-OFF LIST FOR ADMISSION IN FOREIGN LANGUAGE FROM HANSRAJ COLLEGE

FEE STRUCTURE FOR ADMISSION IN FOREIGN LANGUAGE FROM HANSRAJ COLLEGE

On the other hand, Hansraj college has the right to restructure the fees and refuse admission. They can withdraw from a course if not more than 50 students apply for it. The college would begin the classes tentatively from 11th September 2021 for certificate courses. However, it has not released any date of commencing classes for diploma and advanced diploma courses. The fees mentioned above are exclusive of examination fees. Moreover, the college will not refund the fees if students cancel the admission after 15th September 2021.