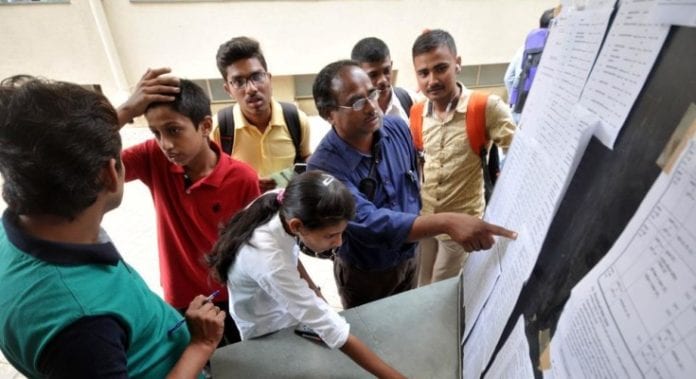 Delhi University on Monday released the First Cut Off 2018 on its official website, du.ac.in. Direct links to DU First Cut off 2018 PDF files for Science, and Arts and Commerce have been given below. Check first DU cutoff list on direct links below. Alternatively, visit the aforementioned website and find the official press release and DU first cutoff document on the homepage itself.

Gargi College, one of DU’s premiere girls’ colleges has released the first cut off too on gargi.du.ac.in, following in the footsteps of the North campus colleges. Economics hons and Applied Psychology are the courses with highest first cut off at Gargi with 97% each. BA programme cut off is 92%. English hons 95.5%. Political Science 95%. More colleges would be releasing their cut-offs shortly. The consolidated DU first cut off the list is expected by tomorrow morning. Keep

Hindu College, North Campus, Delhi University has released the first cut off on hinducollege.ac.in. B.A. Economics hons, English Hons and BSc Physics hons cut off is the highest at 98%. BA programme cutoff has been fixed at 97%. History hons cut off stands at 96.25%. Political Science 97%.

Hansraj College has released the first cut off for undergraduate DU Admission 2018. For the most sought-after course of B.A. English Hons from Delhi University, DU, the cut off has been fixed at 97.25%. For Economics Hons, first cut off is 98%. However, the official website hansrajcollege.ac.in has made no mention in regard to the first cut off except for the list of documents required at the time of DU UG Admissions 2018. BA programme cut off is 96.25%. Maths Hons at 97% and Physics at 97.33%. This information is based on what other media agencies are reporting at the moment.

Shri Ram College of Commerce, Delhi University has released the first cut off for DU Admissions 2018 for undergraduate courses on srcc.edu. This year, the cut off for its trademark course B.Com Hons has been fixed at 97.75% for General category. For Economics Hons, the cut off has soared to 98.5%.

Here is the process of admissions students have to follow after the cut off lists are released on du.ac.in.

Students are advised to note that they would require a list of original documents for admission formalities. The list of documents is also provided here. Also, in case a student’s results are awaited, he/she is then required to wait for the results to be declared. For the candidates who have applied for re-valuation, they can fill the forms as per the percentage of marks allotted and the subsequent cut off. In case after revision they are applicable to apply, they can do so by clearly specifying the reason for applying in a lower cut off score.

DU Admissions 2018: Process of Admission in Merit-based Courses after the Declaration of Cut-offs

Documents required for the admission

– Recent character certificate, issued either by the Principal of the school last attended or Class -1 Gazetted Office

Students can also change their college in case they are eligible in the subsequent cut off lists.

WILL THE CONSORTIUM POSTPONE CLAT 2021 AGAIN??