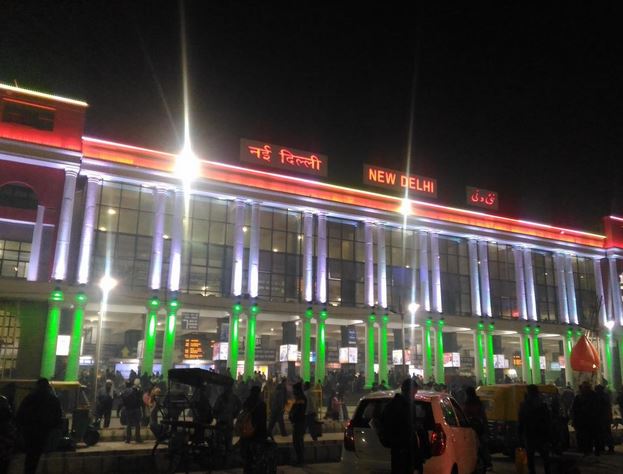 After being squeezed in Delhi for more than 60 days, Amrita Didyala, a personal columnist with the Hyderabad bureau, traveled on the special train to Secunderabad, which entered earlier this evening. Here is her report on the train journey

There was no thermal screening or checking of tickets when I entered at the New Delhi railway station at 5.30 pm on Thursday to board the NDLS-SBC special passenger train led the way to Hyderabad, Telangana.

At the station’s corridor, a policeman asked me, if I was a passenger. I said yes, and he instantly asked me to go ahead.

I took the overbridge to reach outlet number 6, and effortlessly found my cabin, and sat down at my designated berth 30 on A6 two-tier coach.

While most passengers were seen holding sanitizers and wearing masks, some were wearing gloves. The railways strengthened social distancing with only 25 passengers each in various of the compartments and they fulfilled food and water also.
As the train chugged out of New Delhi, I had a connotation of relief after finishing 60 days away from my hometown.

I met 45-year-old Nandlal Sharma, a television machinist from Jeedimetla, who was frantically dubbing his neighbor to get all expected documents to travel back from the railway station. He was striving to meet his family after two months on Friday night.

“In my absence, my wife and three children were all solitary. They had to organize everything alone and I had been anxious about them,” he told me while bemoaning that the government should have at least given 3-4 days for people to reimburse their hometowns before assessing the lockdown across the country.

A 26-year-old dork from Warangal said that he was working from his rented lodging in Noida, since mid-March and had been all deserted during the lockdown. “I was frightened to even sleep alone and was attempting to book the train for a week, but could only get one now,” he said, speaking about the aggravating time.

A B-tech student, Vishwanath Sai was researching on the train, fearing that his exams will be declared openly anytime soon.

“I was desperately waiting to return home, I was sensing lost there in Noida. I had lived two months with just two pairs of clothes,” he said.

There was also a jubilant family of four traveling back to Kazipet to commemorate Eid with their complete family. ” We were keen to get back house before Eid and luckily we could get the tickets,” said Mohd Rashid.

Once I got beneath at platform number 10 in Secunderabad on Friday evening, there was an enormous deployment of police and, passengers were being regulated for social distancing.

After intervening various checks, including thermal temperature checks, relinquishing my Aadhaar card, and PNR number of the ticket, I was formulated to enter my address and notified home quarantine for 14 days.