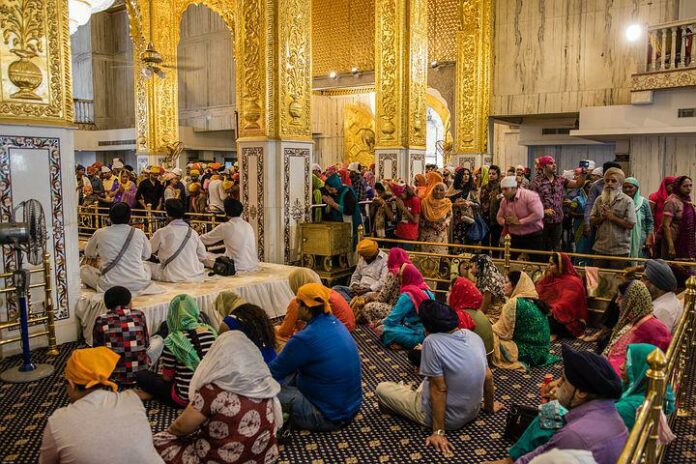 Delhi is not just about chaos, parties, and clubs but it has the other quiet side too. If you are a travel enthusiast and love exploring historical and religious places then here you will get the list of the 9 best religious places in Delhi. After all, the capital city of India is one of the oldest cities in the country and has been a great source of history.

After centuries of being under the control of kings and rulers, Delhi is now the centre of political power. There are countless reasons why Delhi is so famous around the world. Such as delicious food, street markets, a large range of bird species and more. And one of such reasons is several pilgrimages around the city. And, once you get in deep into the history of each religious monument, you will be amazed and want to explore more. For instance, we bet you don’t know that some temples were built during the time of Mahabharata!

Now, let’s know what these amazing and best religious places in Delhi are worth visiting. We are sure once you visit, you will come back with much more energy! 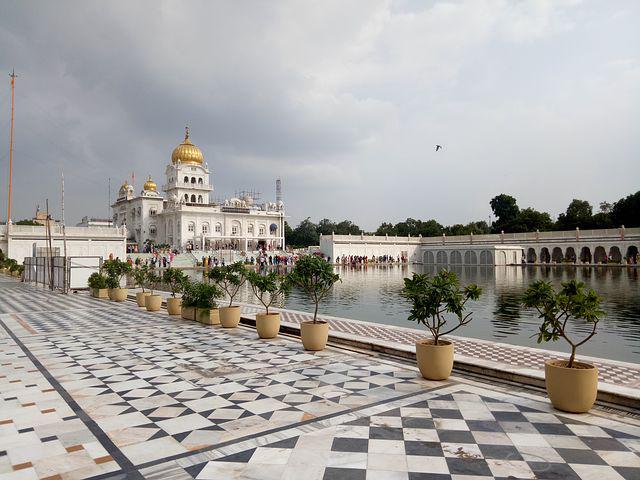 Gurdwaras are the worship places for Sikh people but no religion or faith can deny the peace after listening to the Ardaas. That’s why many visitors spend their whole morning or even day just listening to Guru Granth Sahib. Moreover, the Kadha Prasad and the beautiful pool surrounding it are the favourites of all. And yes of course it resembles the well-known Gurudwara in Amritsar.  That’s why it is among the top religious places in Delhi.

Location: At the Centre of Connaught Place 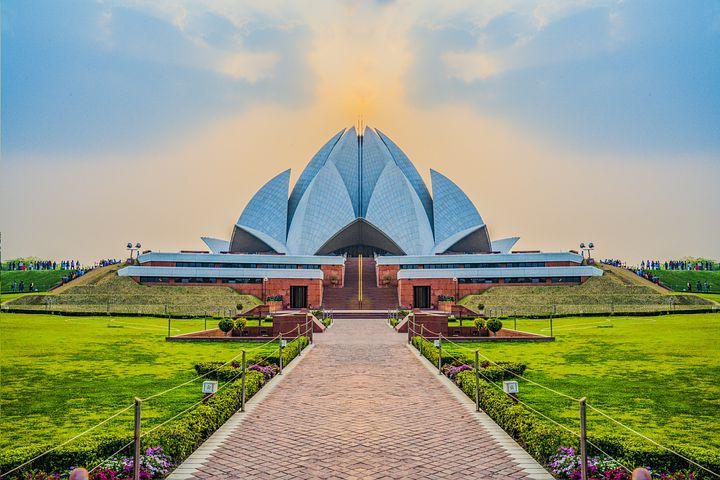 This beautiful architecture with historical significance attracts lots of tourists around the world. It is the most unique one in Delhi, as the name suggests it is the shape of a Lotus flower of white colour. It is Asia’s pivot for the Bahai community. Though it is open to all castes, gender and religions. As the Bahai Community believes in the oneness of all humans and discards the division system. Further the architect Fariborz Sahba who was Iranian-American built it in 1986.

Lotus Temple is beautifully built with three sets of petals made of concrete shells. One more interesting thing to note about it is that it is the first temple in India to use solar power. You can spend several hours here and still want to visit it again.

The next temple on the list of best religious places in Delhi is Kalkaji Mandir. It is just some steps ahead of Lotus Temple. So if you’re visiting any one of them then don’t go without touring both the historical places. It is a place for devotees who want to get blessings from the goddess Kalka. Further, the temple has a simple architecture with a circular shape of red colour. This is a promising place if you want to experience Indian culture from your own eyes. 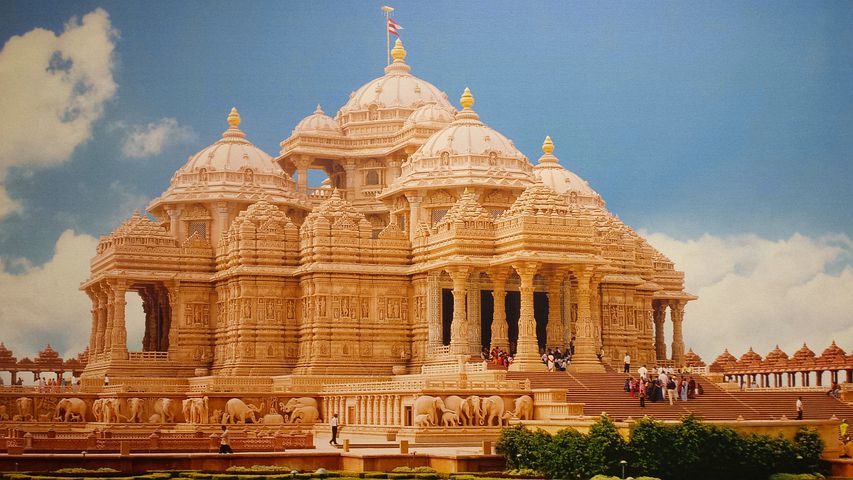 The most wonderful thing that happens to this city is this Mandir. If you ever visit this temple in Mayur Vihar then for sure you will be like ‘Wow! Is this for real? This Akshardham temple is the attraction of many travellers and explorers because of its beautiful architecture. You can’t measure the hard work in making the whole design of the temple.

It was completed in 2005 on 100 Acres of land. At the centre of the Mandir, a gold statue of God Shri Swaminarayan (3 m high) is placed. Therefore, you will not be able to cover the temple complex in a few hours. You need a sufficient or to be precise a day to explore this magnificent temple.

It is worth noting that you are not allowed to click pictures inside the temple complex. Also, any kind of bags, mobiles, and cameras are not permitted. Besides, entry fees are quite affordable. So next time you visit Delhi then don’t forget to capture this beauty.

Timing: Tuesday to Sunday- 11 AM to 8 PM. Though it remains closed on Monday. 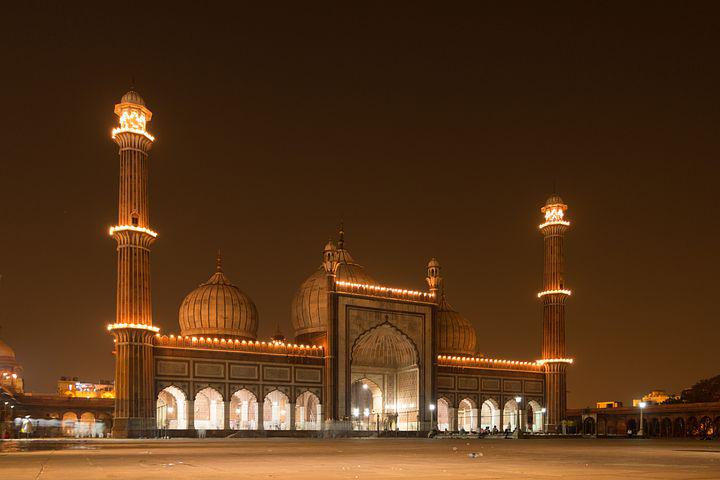 The historical significance of the Mughal Empire, precisely it was built by Mughal Emperor Shah Jahan in 1656. The architecture gives the reflection of Indo-Islamic design. It is so big that over 25000 people can worship together in a big hall. The full name is ‘Masjid e Jahannuma’  (the world reflecting mosque) but popular with the name Jama Masjid. Here the big festival of the Muslim community such as Ramzan and Eid is celebrated with great enthusiasm. Further, it is the largest mosque not only in Delhi but in the entire country too. During the Hindu festival, Navratri, Chhattarpur is a must-visit place because it is celebrated with so much grace and energy. Further, here MCD operates the Ayurvedic Dispensary in the space given by the temple complex for local people. 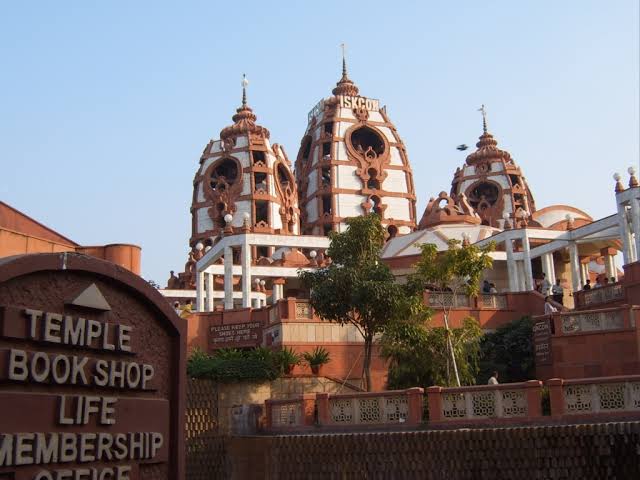 You must have heard of this name, after all, it is most well-known among the Delhites. The big beautiful architecture is for the devotee of Lord Krishna and there is a depiction of Mahabharata times. You will be stunned after seeing the design and architecture of ISKCON Temple. Further, it is built by famous and skilful architect Achyut Kanvinde.

You can spend many hours here listening to Hare Rama chants inside the temple complex. Most importantly, you can read the Bhagavad Gita inside the ISKCON museum. 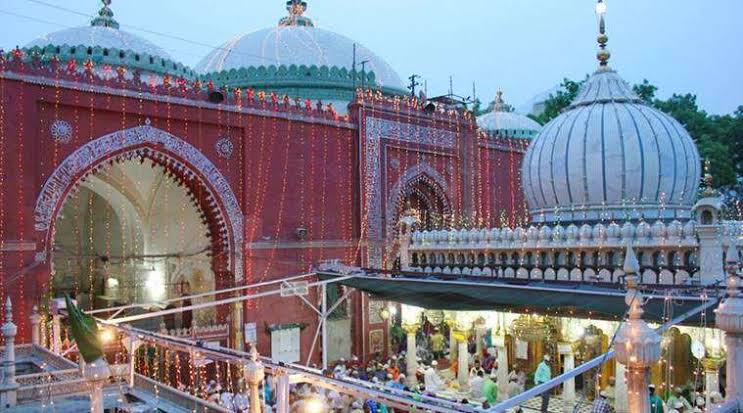 This holy place for the Muslim community is dedicated to Sufi mystic Nizammudin Auliya. Here Muslim community or people come to seek peace and sometimes attend Qawwali nights at this dargah. Here it consists of the tombs of various renowned names such as Sufi poet Amir Khusrao, Mughal princess Jahanara Begum, and Inayat Khan, the Sufi musician. 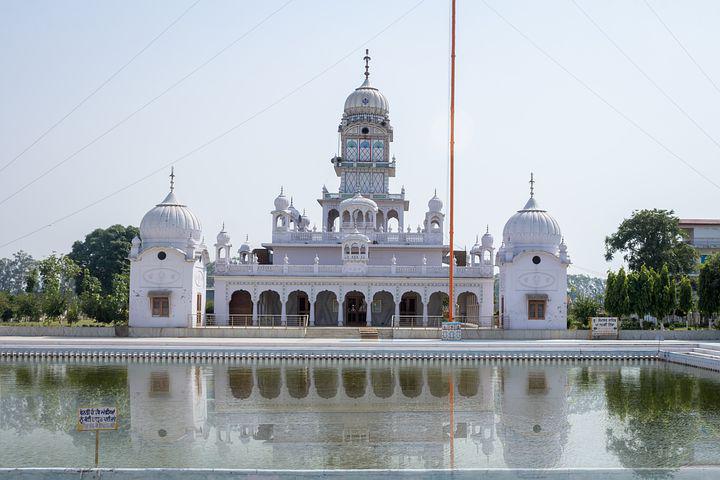 Last but not least, Gurudwara Sri Nanak Piao Sahib is no less than Gurudwara Bangla Sahib. This beautiful and peaceful Gurudwara is devoted to ‘Sri Guru Nanak Devji’ who was the first Sikh Guru. It is believed that the temple is built where Guru Nanak used to camp. Moreover, this is the place where Guru Nanak offered food and water to hungry and thirsty beings. That’s why it is among the great historical significance and best religious places in Delhi.

Timing: All day and night

We hope now you know what the best religious places are in Delhi. So whenever you are seeking peace you know where you have to go in the capital city. Delhi pilgrimages are a promising idea to spend time in the lap of our creators. Once you visit such places, you will feel relaxed and free from all the materialistic things. After all, this is all we want. And yes, it doesn’t matter what faith, community, or religion you follow, if you enter any of the above temples. You are going to feel the same connection with God and every temple welcomes every faith with open arms.