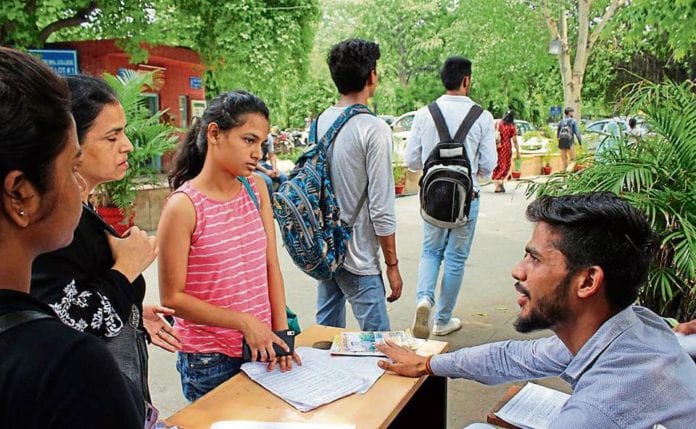 After the release of 3rd Cut off by the varsity, nearly 57% of around 52,000 seats in undergraduate courses in various Delhi University colleges have been filled.

The first and second cut-off lists were released on 23 June and 1 July respectively.The third cutoff was released on Friday, with highest being 98% for B.A 9Hons.) Psychology in Lady Shri Ram College for Women. “Over 30,000 out of around 52,000 seats in various DU colleges have already been filled, along with payment of fees. Remaining seats will is most likely to be filled after release of other two cut-off lists,” chairman of DU’s Admissions Committee, Professor Maharaj K Pandit said. The fourth and the fifth lists are expected to be released on 13 and 18 July respectively