Delhi University, one of the most prestigious institutes throughout India. It has around 70+ affiliated colleges and is deemed as the country’s best University. But like any other institute, there are so many advantages and disadvantages of Delhi University.

In the present scenario for 70,000 seats of U.G. around 3,00,000 applicants fill the form. And every year applicants’ requests under U.G. admissions keep on increasing.

In this cutthroat environment, where competition is neck to neck. Students make admissions to Delhi University as their emotions. With loads of high hopes students from different parts of the country join this prestigious institute.

But does the university of Delhi caters to the needs of every child? Or is it like any other government institute? Let’s find out 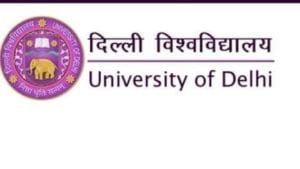 The University of Delhi has its advantages.

Diversity One of the best part of Delhi University is that it’s a centralized Institute. This means students from all walks of life, different states, regions join this institute. Even many students from different countries study in DU.

This would help you get to know other cultures. It would help you to respect every diverse culture. It helps in the development and brings a sense of respect.

The University of Delhi is a worldwide recognized institute. It’s considered one of the top universities and comes under the top 500 throughout the world.

This has its perks as everyone knows about DU. It gets easier, especially in job interviews. Wherein your degree from DU’s considered quite favorable.

Delhi University is famous for its Hons. and program courses in Arts and Commerce.

Another major reason is that DU being a centralized institute has very economic fees. If compared with other state government and private institutes.

It’s considered as very low course fees. For Most of the courses, the fees would be around 10-20 thousand yearly.

This fee is considered very cheap and within the budget. Most students spend more money on transportation charges every month. 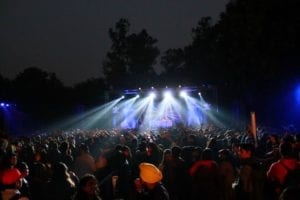 Delhi University conducts its fests season from January to March. These Fests are on the bucket list of every college student. When the whole Delhi Lights up and in a true sense a festival is celebrated. Where students from different colleges take part in the competitions. The competitions light up the whole fests and every performance is much better than the last.

The University of Delhi is famous for its societies. Bringing some of the most hidden talents and a movement of awe in their performance.

DU’s are filled with a variety of different resources from Libraries to Labs. They’re filled with all the resources required for practical’s and research work. If you’re more focused and oriented towards academics. These resources would help you.

Du would help you to get exposure and meet new people, experts in their fields. Which could be helpful for your career and future ahead.

The University of Delhi has its disadvantages as well:

The Delhi University was established in the year 1922. The infrastructure in most colleges is quite old. Many students complain about the same.

The infrastructure is quite bad and is in critical need of renovation. Except for few colleges, most suffer from the age-old lack of infrastructure problem.

Although the university provides India’s finest teachers. But, many a time’s students complain that the teachers can sometimes be difficult. Especially, the permanent staff does not care for the students at all.

In the online modes, there have been complaints against the teachers. The students have complained, that many a times teachers don’t even give attention in the class

In the practicals, this can be quite difficult for the students. Most of the time the marks are not given based on assignments but to those who are people, pleasers.

The curriculum at Delhi University is quite outdated. The students find themselves less employable. They are unable to get the new updated skills because of the outdated curriculum.

The curriculum is far lagging. The students are unable to compete on international levels for job opportunities.

One of the major reasons not to be part of DU. There are very low job opportunities. The good companies take students only from the top 5 to 10 colleges. The rest of the students either apply by themselves seeking jobs or apply for higher educations.

DU can be considered as a very good institute but still, there are some cons in the university. Whether it is the infrastructure, staff, outdated curriculum, or the low Placements.

The university is categorized as one of the best institutes in the country. Yet, finds it difficult to secure their student’s jobs.

But the DU has its pros as well, like the worldwide ranking, diversity, economic fees, feasts, societies, and exposure.

The university has around 16 faculties and 86 departments across its different campuses. The Vice President of India serves as the University Chancellor. This helps in keeping DU focused even at the central government level.

DELHI UNIVERSITY JOURNALISM: FORMS OUT FOR THE PG DIPLOMA

Delhi University has its shortcomings as well. But despite that, DU maintains its worldwide ranking due to its different layout. It somewhat helps in becoming independent and making our own decisions. These were some of the advantages and disadvantages of Delhi University