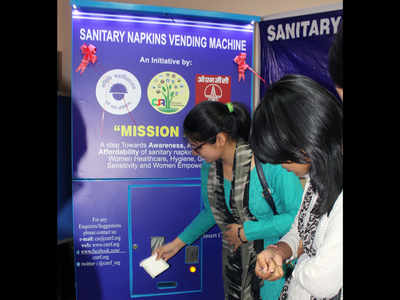 Delhi University Students’ Union (DUSU) has been given approval by DU to place 32 medium sanitary napkin machines in as many DU colleges. Each of these machines can store up to 25 napkins and can be accessed by students.

In a letter signed by the assistant registrar (estate) of the university, DUSU vice-president Kunal Sehrawat has been given permission to set up sanitary napkin machines at North Campus’ WUS Health Centre and the utility centre.

Sehrawat said that he had approached the university for permission to place machines in colleges “as many women students will benefit from the initiative. They can easily access something that should have always been available for them,” he told TOI.

The VP informed that along with the two centres for which he had permission, he will also be placing the small vending machines at 52 DU colleges.”We have already acquired 32 machines. Eventually, we will cover all Delhi University colleges,” he said.

Reported by The Times Of India