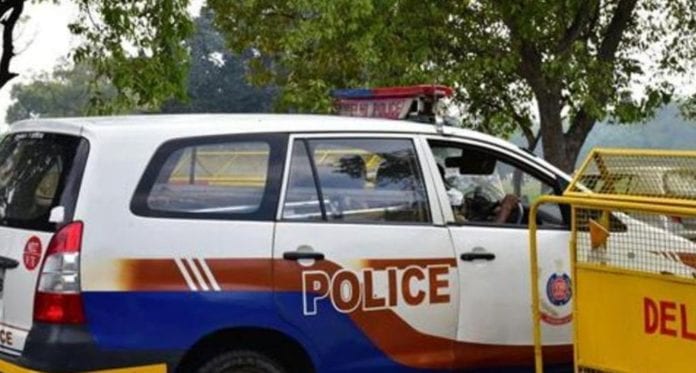 A drive in the city turned into a nightmare for three Delhi University (DU) students on Saturday night as they were held at gunpoint and robbed of their car and cash before being dumped in fields near the Chandu Budhera village. The trio, somehow, managed to reach a roadside dhaba on the Farrukhnagar road and called their families for help. An FIR has been registered at the Sector 65 police station.

Ojus, Hriday and Akshay are DU first-year students and the brown Honda City that was stolen belongs to Ojus’s father, a bank employee. Around 19 to 20 years old, the three friends were in the Sector 69 area when they came under attack. Police said that Friday, who earlier lived in Delhi, had shifted to Sector 69 around two months ago. Around 9.30pm on Saturday, Ojus and Akshay picked him up from his house and the trio was driving around in the area. Around 9.40pm, the car was stopped by robbers on the main road near Friday’s house.

The trio told police that they were driving the car slowly when a man came in front of it and asked them to stop. Soon, he was joined by two others and they held the friends at gunpoint and took away their wallets and mobile phones. The friends together had Rs 2,000 in cash which the robbers took. However, they did not have money in their accounts and so the ATM cards were taken in vain. “They held us hostage at gunpoint in the car. They were asking for ATM PIN but there was no money in our accounts. They snatched Rs. 2,000 from us and kept threatening us. We pleaded for our lives,” said Ojus in his complaint.

The robbers drove around the city for four hours before dumping the three friends in fields near the Chandu Budhera village and fleeing with the car. “Around 2 am on Sunday, we, somehow, managed to reach the main road and called our families for help from a dhaba,” added Ojus in the complaint.

An FIR has been registered against the robbers, who are yet to be identified, under sections 365 (kidnap), 379-A (snatching) of the IPC and sections 25-54-59 of the Arms Act at the Sector 65 police station.