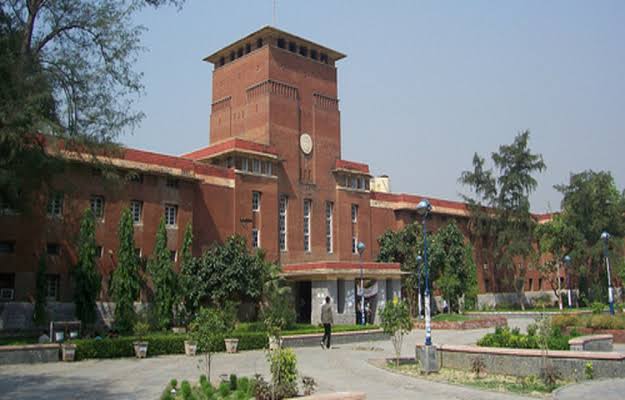 A statement was released on Friday, 3rd September 2021 stating that 115 DU teachers have slammed the dropping of Mahasweta Devi’s Draupadi. Also, the dropping of Bama’s and Sukirtharani’s work was protested against. Thus, all these changes were made by the Oversight Committee while they were redrafting the English syllabus for semester five. So, the protest against the Oversight Committee continues.

Teachers protest for the drop of Mahasweta Devi’s Draupadi:

A section of English teachers at Delhi University are protesting. Hence, they place accusations that the varsity’s panel is mocking the democratic and the due process in drafting. They demand the panel to reinstate the dropped works including Mahasweta Devi’s Draupadi. Also, they ask to bring back Devi, Bama, and Sukirtharani’s work in the core women’s paper of semester five.

“This entire process was flagrantly violated and bypassed by the Oversight Committee” they added.

The teachers’ highlight that the syllabus is a product of careful discussions and debates put together after years. Hence, the democratically elected committee had chosen diverse texts that represented all sections of society. But, this oversight committee has destroyed it all single-handedly.

Does the dropping of Mahasweta Devi’s Draupadi has a communalist angle?

Since last month, two Dalit authors along with Devi have been dropped from BA (Hons) English. Thus, the teachers highlight that the voice of Dalits and non-Dalits writing about Dalits are getting throttled. Hence, none can be the best example other than Mahasweta Devi’s Draupadi. Also, Bama’s Sangati and Sukirtharani’s poems are great examples. It includes topics like congeal caste, gender oppression along with patriarchal violence.